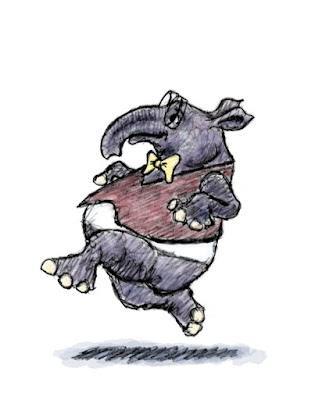 This is actually a rendition of the Malayan Tapir, due to it/s black and white fur. They are listed as endangered on the conservation status. It is the largest of the tapir species and is the only one native to Asia. The main threat to tapirs is habitat loss due to deforestation.

Their proboscis is highly flexible. I see them as an odd mix between a pig and an elephant.
Posted by Barclay at 5:07 PM