Another incredible illustrator has left us. Leo Dillon was a master.
To find out more about him visit Tor here.

Some of my favorites of his and Diane Dillon's work are the covers for the A Wrinkle in Time series. I wanted to read the book because of the Illustration. The story and illustrations for Pish Posh Said Hieronymus Bosch is also delightful. Everything he did was magic. 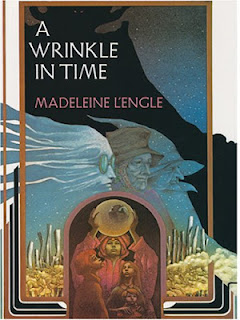 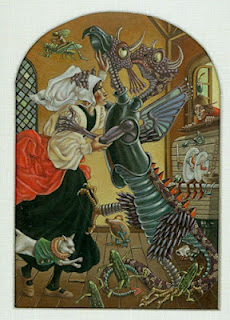 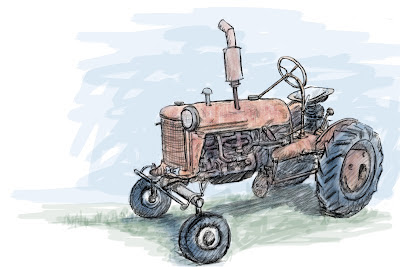 This is a minor reworking of an earlier post. The old tractor has faded and is not quite what it used to be, but it is beautiful nonetheless.
Posted by Barclay at 10:53 AM 2 comments: 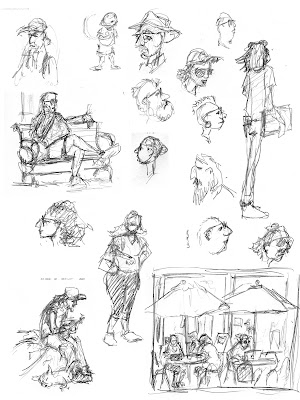 Yesterday  the class went to Church Street in Burlington to draw. I spent the time trying to capture as many different people as possible as they were walking by.  I love drawing on Church Street. There is such a variety of people.These are a few of my better sketches.
Posted by Barclay at 1:14 PM No comments: 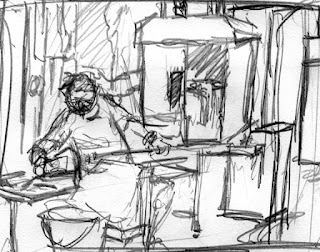 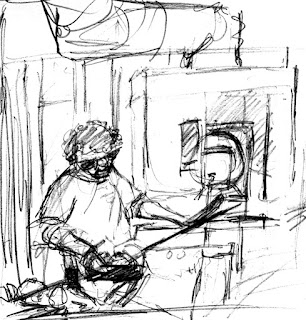 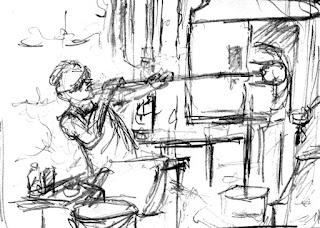 Yesterday, I took the sketching class to the Simon Pearce workshop in Quechee, Vermont. Blowing Glass is a beautiful process to watch and a wonderful drawing exercise. It was a challenge for everyone to capture the process. These are a few of my better sketches.

The shop has been closed for the past nine months due to damage from Irene. The entire area was floor where they blow the glass was under water. There is still great deal to be done, but the workshop has been open for two weeks now. The remodeled room was wonderful to see. If you are in the area, I would encourage everyone to stop in and see the work.
Posted by Barclay at 8:14 AM No comments: 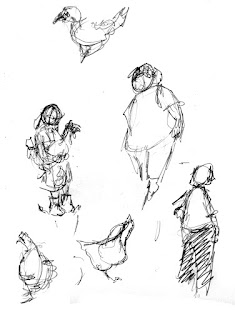 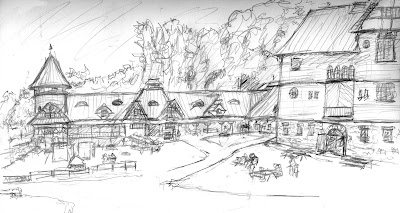 Yesterday I took the sketching class to Shelburne Farms, in Vermont. The day was overcast and drizzly so we had to keep to covered areas to draw. As such we stayed at the barn area where there was plenty of wonderful things to sketch. We were not going to let the weather stop us.

These are some of the better sketches of the day. Chickens are hard to draw, moving chickens are even harder. I even got to milk a cow! I am looking forward to visiting again. 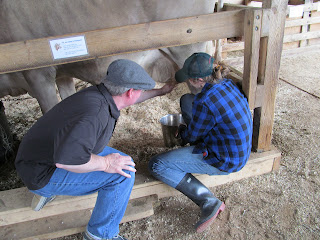 Posted by Barclay at 8:20 AM No comments:

IF Sight (sketching at the Fairbanks Museum) As part of the sketching class I am teaching we visited the Fairbanks Museum in St Johnsbury VT. They have a wonderful selection of taxidermic animals that are wonderful to draw. It is great practice and warms them up to sketching from life when everything is moving. Inevitably all the animals I draw their end up with bow ties, glasses and sweater vests. The owl seemed to screech “sight”
Posted by Barclay at 8:09 AM 1 comment: 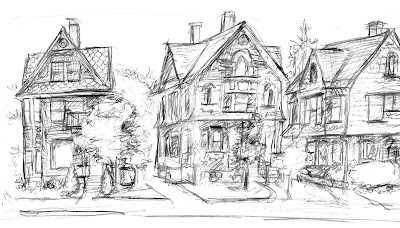 I am currently teaching an intensive sketching class. We travel around the state drawing. This is one of mine from yesterday's class. To get started I stay local. This is in Lyndonville. I love the houses on this street and have wanted to draw them for some time.
Posted by Barclay at 7:56 AM No comments:

Maurice Sendak Passed away at the age of 83

A truly great artist and writer passed away today. He is a master storyteller. You can read more about it here at the New York Times
Posted by Barclay at 8:48 AM No comments:

Email ThisBlogThis!Share to TwitterShare to FacebookShare to Pinterest
Labels: Illustrator, Master, Maurice Sendak, Where the Wild Things Are.

What if I designed the Avengers? 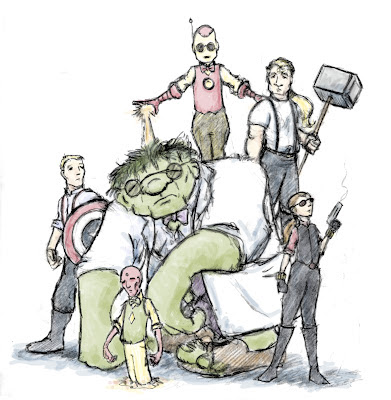 A few months ago my older brother suggested I illustrate my childhood heros as if I had the opportunity to design them. With the opening of The Avengers today, I thought it was a perfect opportunity to start. I have been a comic book reader for years and only stopped because the cost was getting to high.

The one comic I consistently collected was the Avengers (I have every issue, some reprints, up until the last few years). Needless to say I am somewhat excited about the movie. I replaced Hawkeye with The Vision (he's the red guy at the bottom) because I couldn't do an illustration of the Avengers without him. He is my all time favorite superhero. He is Spock and Data combined and then some because he can walk through walls as well. I remember the day I was at the local drug store and saw him in a comic and thought he was so cool. The Hulk was another favorite of mine. I think because he was so misunderstood. I could relate to that.

In my redesign, I tried to think of the characters that would actually wear bow ties. It just didn't seem to fit Thor, Captain America or Black Widow. The suspenders worked for the first two. Thor was strongly influenced by the mechanic in the movie Adventures of Babysitting.

This all emphasizes my realization that I am a big geek.
Posted by Barclay at 9:55 AM 2 comments: 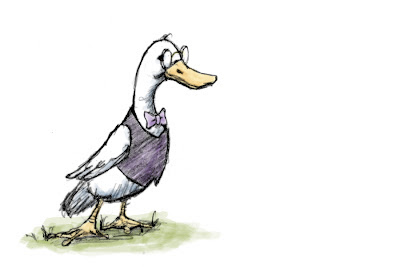 
I really don't know what to say about this. It's a duck. I am restraining myself from many bad duck and bird puns. If you want to hear them let me know.
Posted by Barclay at 10:12 AM No comments: