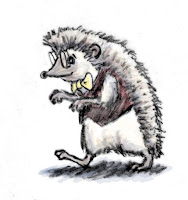 These guys  have spines similar to the porcupine but they are not related to them. The hedgehog is a distant ancestor to the shrew. They are native to many areas of Europe, Asia, and Africa. They have become popular household pets as well.
Posted by Barclay at 6:18 AM No comments:

Tullimonstrum gregatium, it's official name, lived around 300 million yours ago during the Pennsylvanian geological period. It's known found location as been in the MAzon Creek fossil beds of Illinois. It hasn't been until this year, 2016, that it's classification was certain. It was a soft-bodied vertebrate that was about 35 centimeters long.

Posted by Barclay at 9:21 AM No comments: 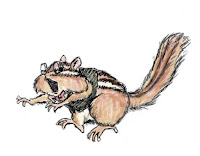 This one is for my daughter. She asked that I draw a chipmunk a while ago.  They are found throughout North America and they are plentiful in Vermont. I have spent some time drawing these in the past so this one came a little easier. I was also able to play with it being more than just walking like the other bow tie guys.

Posted by Barclay at 2:34 PM No comments: 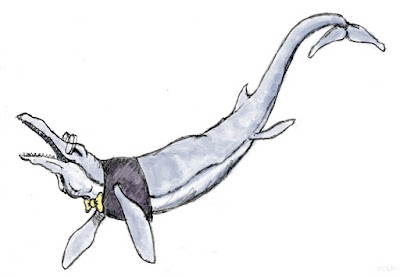 Meaning “king lizard” the Basilosaurus lived over 30 million years ago in the late Eocene period. When it was first discovered it was thought to be a giant lizard. Now we know it to be a prehistoric whale.
Posted by Barclay at 9:29 PM No comments: 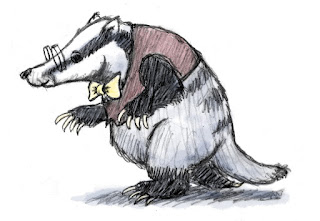 The badger is a nocturnal member of the weasel family.

I feel like this is one I need to continue to work on. Although I like the drawing, I feel it can be better with practice.
Posted by Barclay at 9:25 PM No comments: 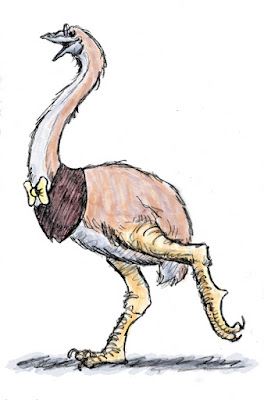 The elephant bird was a large flightless bird that is now extinct. They lived on the island of Madagascar. The reason for their extinction around the 17th or 18th century is unclear. Most likely it was due to human activity.

This is a part of my elephant series.
Posted by Barclay at 9:13 PM No comments: 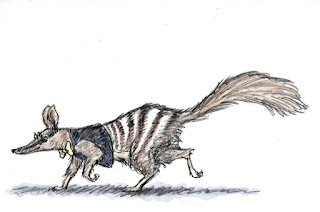 Posted by Barclay at 2:30 PM No comments: 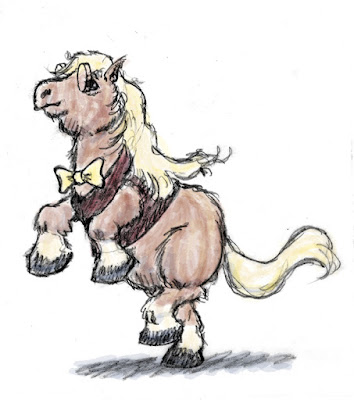 This was a request from a friend of mine. I must say it was a delight to draw. The proportions of the pony are so wonderfully awkward.

They are a species of pony from the Shetland isles, off the coast of Scotland.

Posted by Barclay at 7:02 AM No comments: 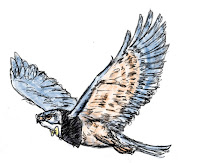 The merlin is a small species of falcon that lives in the northern hemisphere. This one is my favorite of the raptors. There is a regale quality to the bird.

I have been struggling with drawing this for some time and will be spending more time trying to get this bird down.
Posted by Barclay at 4:36 PM No comments: 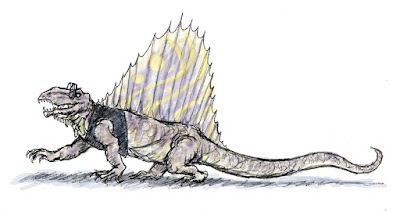 Much to my surprise the dimetrodon is not a dinosaur. I grew up always thinking that it was. They actually lived millions of years before the dinosaurs and are more closely related to mammals. Even though they are more closely related to mammals they are not a direct ancestor or descendant of mammals. So the dimetrodon is like the brontosaurus which now no longer exists and Pluto which is not a planet. 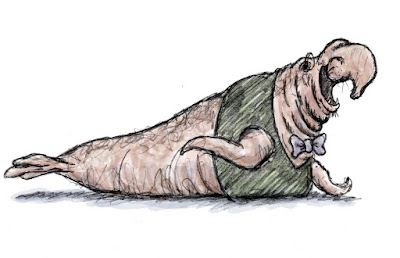 Some animals just have a personality that jumps out of my pencil. This elephant seal is one of them. This creature was once hunted to the brink of extinction, but they have since recovered well. They are named for their elephant trunk-like large proboscis which not only helps make aloud noises, but also holds a great deal of moisture when they stay out of the water.
Posted by Barclay at 9:53 AM No comments: 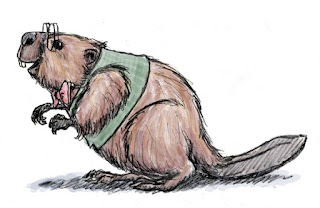 It has been a few weeks since my last post. The end of the semester got really busy. Here is another from my Vermont animal series, the beaver.

With the semester over I will be focusing more on my artwork again. I will be posting the Bow tie guys daily, in addition to other projects I will be working on.
Posted by Barclay at 2:17 PM No comments: