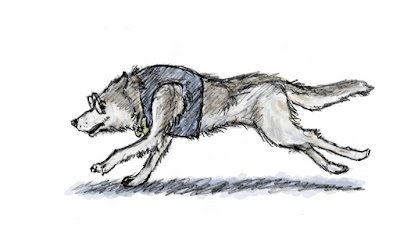 Since I was join to Rome, I thought it would be appropriate to post a wolf. According to legend it was a wolf that raised Romulus and Remus, the founders of the Roman Empire.
Posted by Barclay at 6:40 AM