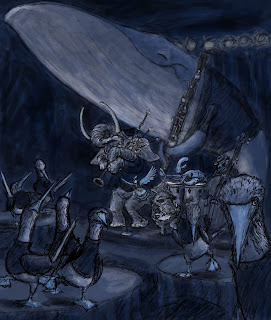 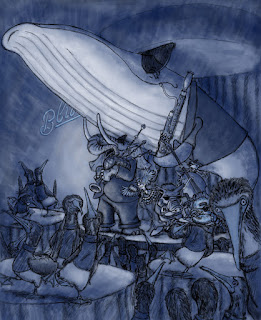 This is from my personal project “A is For Alliteration” and is for the latter B. The title is “B is for a bevy of beatnik blue footed boobies boogieing to the bodacious blues beat of The Baby Blues Brothers, a blue whale bleating on the bassoon, a blue lobster banging on the bongos, a blaring bagpipe, a blue agama on the base, a boar on a banjo, and a blue jay belting the ballad, is the bee's knees.”
Posted by Barclay at 1:52 PM